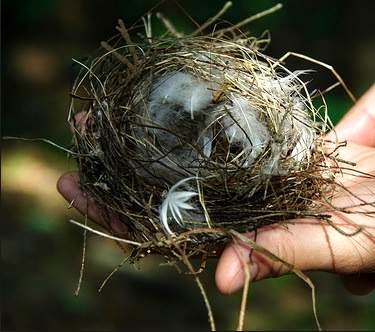 Summer Solstice was four days ago and I'm celebrating my first six months here at Lightspring Glen. Any who read these posts know the total delight I'm immersed in daily as I've settled in and made this my permanent address. Quite a bit of the enchantment comes from the other inhabitants of these seven acres, the Wild Ones who called this place home long before I spotted it for sale on the internet. Nearly every post has stories of these always-marvelous sightings and encounters including evidence of bear passing through the yard and a wistful hope I'd actually see one sometime.

With miles and miles of woods and open land around here and the expanse of the Catskill Mountains not far off, wildlife of the larger sort, deer, bobcat, coyote, and bear, live in healthy number. Except for hunting season and dodging traffic as needed, their lives go on uninterrupted. This Spring's fawns have been about in the past few weeks. The first one I saw was along the road on a rainy dark night and I prayed it would not dash across until I'd driven past. To my great relief it didn't. That was Monday of a week ago. Two days later I was to catch a glimpse of another one.

With wildlife encounters, so much comes down to being in the right place at the right time. For quite a while I've contemplated starting to clean out the untidy collection of junk in the barn's upper floor. So about 2:30 last Wednesday, resolving to at last get started on it, I grabbed my work gloves and some trash bags and went up to the barn. It was a pleasant sunny afternoon, nobody home across the road, just the peaceful tunes of birds singing. The hay mow is level with the road and there's a sturdy ramp up to its huge door. It takes a bit of muscle to slide it open along its iron track, and once I'd done so, I stepped inside and began to survey the piles of dusty left-behinds of former residents.

Then came a sudden sound from somewhere up in the woods across the road. What was I hearing? I stepped back out onto the ramp to hear better. At first I thought it was a dog, an odd sort of barking. Then the sound of snapping branches. At once I knew something was running through the woods and was coming straight towards me down the hill. Just seconds later I glimpsed a small animal with a light brown coat racing through the undergrowth. It dodged to the right before reaching the road and was gone from view, its alarmed bleating continuing. Whatever was pursuing it was seconds from appearing. A coyote? A bobcat? In no way was I prepared to see the huge bear that crashed into the open, its mouth open, panting in exertion, its eyes bright with its intent. It wheeled after the little animal, muscles rippling beneath its glossy black pelt, and raced off at a speed that stunned me. Without any time to think, I yelled "HEY!" as loudly as I could to catch the bear's attention and maybe distract it. Perhaps not a wise move, but I was safely on the other side of the road and with the barn to jump into and slam the door if necessary. It was a futile gesture. The bear vanished in the undergrowth, and I stood mute listening to the deadly race play out over what was likely only a couple hundred yards further. The bleating sounds that now I understood were very likely a fawn's, quickly grew more and more feeble, and then it was quiet. A robin began to sing.

I stood shaking with what I'd just seen, realizing that I'd just witnessed Nature that we humans know little of but which goes on every day out of our sight and hearing. Had I perhaps been summoned to witness this, I wondered, Nature in its pure but harsh and unvarnished beauty. I took several deep breaths to slow my jumping pulse. I stared into the green and sunny woods where this frightening scene had just taken place, and then went back inside the barn. There was work waiting there on this June afternoon.

It wasn't the last upsetting thing that day. Later I had to coax my cat, Angus, to release a catbird fledgling. He did so grudgingly and the little bird hopped off into the ferns near the porch looking okay. Monday's heavy rains and winds apparently had dislodged the two young birds from their nest in the rhododendron. The parent birds continued to feed and try to protect them as they will. I did my level best to help, keeping Angus inside for two days, but neither survived. At least it wasn't his doing.

I had somewhat more control over trying to help the catbird fledglings than the fawn. And I know full well a high percentage of birds and mammals don't make it to adulthood. I've been witness to this so many times elsewhere, but these three deaths were the first for me here in Lightspring Glen. Maybe this offers a balancing out to all the bliss of these six months, the Shadow with the Light. Maybe it's a reality check. Maybe one can be in too much Bliss. An answer may come in time. But there is no doubt that those seconds of mute witness, beholding that deadly chase through the Spring woods, will not fade for a very long time.
Posted by Carol Ohmart-Behan at 12:14 PM No comments: